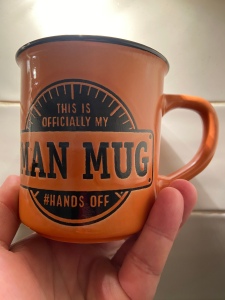 This is my MUG.

It is an impossible task, being a parent.

To take a life from its first breath on through to maturity – to feed, clothe, educate, and all the rest. How could it be? …

What is a father’s role? I ask

If we turn to the Bible, we learn almost nothing about the man that would be cast in the role of father to the son of God. Though that infant was not part of his body, Joseph’s heart must have been stolen just as most adopted children have a way of doing.

How did Joseph do? As a dad? 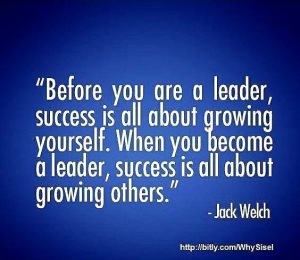 Do you strive to better yourself in every way?
Are you a Leader?

We know that Jesus made it to manhood with a very strong and simple vision of what ‘father’ meant. We could assume he learned it at least in part, from Joseph.

With his last breath, with a tormented man’s voice in the garden of Gethsemane, he shrieked –

He cried out to God, not to his earth Dad, Joseph.

Jesus earth dad, Joseph, was a man of great patience & love 💓 and understanding.
A man that loved his wife, Mary, so much, he believed her story of Jesus being the son of God.
What a man… what a “man in the shadow”

Joseph, his Dad on earth, had no real purpose, it seems. The bible does not say much about him and gives very little significance to his existence.

Joseph, was simply, the ‘man in the shadows’.

In a strong way, that is the way most of society over the last centuries has evolved with regards to a mother and a father’s role in the raising of their children. Up until the age of twelve, we could assume that Jesus was guided by Mary and his earth dad, Joseph, in the shadows. Mary is elevated and rightly so.

The Bible has no account of Jesus between the age of twelve until his early thirties. There are many theories as to where and what he did but that is not the point Of this writer.

Young boys turn out just fine, it seems, even if most fathers are simply men in the shadows

So, don’t try and be a “mother” to a boy, just be YOU – a Real Man. Make him know and feel loved … unconditionally and don’t stress if you don’t think you have or cannot spend time with your boy.

God bless all you if you’re a Father and also all the Fathers and Dads out there who try their very best to be the best Role Model they can be.

For their sons … the worlds future Men and Leaders. 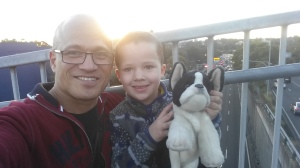