Was crucifying Jesus Christ ‘Justice’ at that time?

What is your definition of “Justice?”

When do you see it? What do you read that justifies the ‘justice’ that you perceive it to be? What about when you hear about it, are you convinced?

I think Justice is like a snake that has many skins or rather, Justice wears many styles of clothing, that springs forth in different circumstances. Robin Hood understood this and so did Raylen Givvens of the current TV series I am watching at the moment called “Justified”. The Latter is about an State Deputy Marshall with a 20th Century sense of Justice in modern-day policing. I see Timothy Olyphant who plays the US Deputy Marshall as a modern-day Clint Eastwood, fighting crime with ‘old-school’ methods and sense of justice.

Do you have certainty of your definition of Justice? Isn’t it the case that when you think you’ve figured it out, that there is always another definition, another side of the coin? Our concept of Justice today is a far cry from what society considered in the Eighteenth Century or back in the Tenth Century.

Heck, let’s go all the way back to Biblical times and assess whether crucifying Jesus Christ, God‘s only son – is appropriate Justice.

Yes, it is Justifiable but is it justice?

One way to know YOU is to understand God.
God is in you.
God is you.

Giving everyone what they need ….

The sub-title of this paragraph (above) seems right and proper doesn’t it? But we’ve also heard the other definition –

“giving everyone what they deserve” .

This also makes sense, doesn’t it? In the first definition, those in NEED are the first priority but in the second, those who work the hardest and best take the lead.

The question is – is there a possible third definition of justice, one where it is proven that giving someone (or a group) a bit more than everyone else, benefits everyone. Like for example, giving resources to the handicapped helps them to contribute to society or giving great leaders of countries, industries and societies a bigger carrot may benefit all of us.

The “Factory Model” – the system created hundreds of years ago seducing the majority to fit in, follow instructions, and exchange a day’s work for a day’s pay. That was the deal our parents and grandparents signed us up for and our schools and our systems and our governments supported the deal.

But, is that system fair and more importantly, is that old system still relevant? In many countries, job growth is flat at best and wages in many industries are negative. The middle-class is at siege like never before, and the future appears dismal.

Is there justice when the educated, hard-working masses are still doing what they’re told, but they’re no longer getting what they deserve? 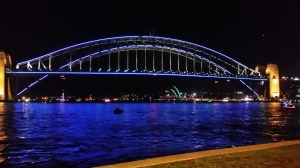 Find your light and colours. Be authentic, be YOU.
Have FAITH that being naked & vulnerable will get you closer to happiness.
If religion comprises rules you follow, FAITH is demonstrated by the actions you take.
Of course it is difficult. Be the Leader that you are. In your life.
but more importantly …
be the light for someone who sees only darkness.

Don’t count on the Markets for Justice

Is there Justice in the Market Place? With service and the drive to sell at the lowest price?

Markets, as they say, will tell you the price of anything …. And the value of nothing. I don’t think you can count on the markets for justice, that’s for sure. I mean are you one of the lucky people who actually paid ‘what they are really worth?” If you are, congratulations.

They say the market will tell us what the going rate is for any service? We could trust that ‘market’, couldn’t we? Does the market really measure what is deserved? It is one of the definitions of justice, isn’t it?

But, what’s the one thing we know about markets? For those of you that have done Economics 101, you will recall that all markets are temporary and ALL a quirky or imperfect.

So, what do we do then? How do we find that Justice?

What Justice would a Pirate dish out? Is it fair justice at that time? What about Robin Hood’s sense of justice, was it justified?

Is it fair that someone gets paid twenty, thirty … hey, a hundred times more than another?

“yes,” I hear some of you say … “if he produces twenty, thirty … a hundred times as much.”

“No,” say some .. “because nobody needs twenty, thirty … hundred times as much as another.”

Another group would then say –

“Yes, if that is what other people like him/her, in the same job are getting.

I can see these three sides of the coin and totally understand each viewpoint. Is there a forth consideration? It seems that the phrase – “Fair’s Fair” begs an awful lot of questions.

One such questions is that we cannot leave it (idea of Justice) to the market. 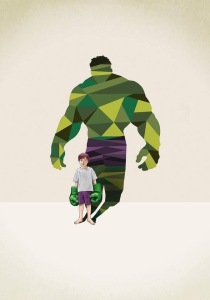 There is a Hulk in each and every one of us ….. this greater uncertainty in the world, in the ‘age of disruption’ we are living in … there is always opportunities (like all good Pirates and Vikings know and understand).
I believe there is an opportunity to actually enjoy what you do and to make a difference to your business friends and colleagues and your customers like never before.
I believe, allowing the “Hulk” in you to Un-Lock the genius within you and have been hiding all these years.
There is an opportunity to show “YOU” to the world.
What are you waiting for ?

But, the Fortune 500 companies will save us

Well, they have taken care of many industries and it’s obedient workers for a long time now, but I’m afraid, not any more. Times are changing and many companies are failing miserably to ADAPT.

In the Age of Disruption the ONLY viable strategy is to ADAPT. (Always consider the importance of “feedback” … and most importantly, doing something about it).

Research shows that most employees today will have longer work spans than their organisation’s expected lifespan (Innosight 2016). S&P 500 company lifespan has decreased by 40 per cent since the 1980s. At the forecasted churn rate, only half of the current S&P 500 organisations will exist in the next 10 years.

This is due to rapidly changing environments, where classical or analytical approaches to management are increasingly inefficient, whereby global organisations are like slow, lumbering dinosaurs. Instead they should be employing a more agile and effective adaptive strategy to survive.

So, is this justice?

The bigger you grow, the faster you fall ( to the applause of smaller competitors?) 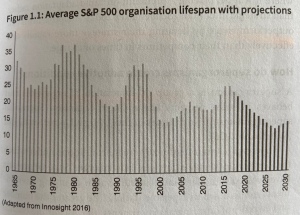 In the ‘age of disruption’ (which we are in now), the only viable strategy (for the individual, businesses and nations) is to ADAPT.
We must constantly adopt an “Adaptive Strategy” and improve our “Agility Ability” … just like nature has for 4 billion years now … to ultimately, survive

Where to from here?

Where to from here?

One thing is certain – our ‘sense’ of what justice is now will be very different to what it will be one hundred years from now.

I hope, that people, organisations, communities and nations of the world have leaders that inspire hope by empowering it’s people, through clear and concise messages.

Justice, like, Great Leadership … needs to be clear, concise and consistent … and have enormous agility ability or in other words – great propensity to adapt.

To increase adaptiveness, whether as a person, a business, a community, a country … you don’t need to make drastic changes. Start small, making small changes … and ‘failing forward’. Continously monitor feedback loops and mutate quickly when appropriate.

“It is not the strongest of the species that survive, nor the most intelligent, but the ones most responsive to change.”

All the very best in your application of your ‘sense’ of justice in your life,

Is there a happy ending for all – us individuals, businesses, countries .. and the world?
I don’t know … but I sure hope so

One thought on “Justice”