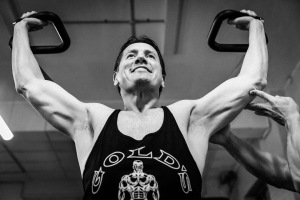 Every man needs to wake and release the ‘champion’ within him. Let it loose. Let it fly with wings. Let it go and serve others … In his own way.

I mentioned in my previous blog “The Simple-Complex Man”, it is without doubt that being a father is difficult in today’s world but, I believe, being a man – a ‘Real Man’ is more difficult.

Look around us and the avalanche of images and messages that bombards us, every day, of what a Real Man is. In Australia and most of the developed world, it is heavily communicated in stereotypes in beer ads or car commercials. A lot of these stereotypes I find, conflicts with what most men out there think of themselves.

There are a lot of great men out there but many of them are confused. Confused of what it means to be a REAL MAN. Let me elaborate …

You see, from my experience in helping hundreds of men in gyms over the last two decades, a lot of men are so much more than what these narrow stereotypes convey. Really shallow stereotypes actually. What is even more concerning is the various messages of ‘love’ and what love means to a ‘Real Man’. The majority buy in to these stereotypes and meet disappointment in life – sooner or later.

Like I said, it is very difficult for a lot of men out there. A lot of men who don’t know what it means to be a Real Man.

I must admit that I do not know the full answer but I do think that a big part of being a Real Man is that he is AUTHENTIC.

We learn many definitions of ‘love’ and we can think of many examples of what it is. Some think it is impossible to understand or define. Fair enough. It does not, however, mean we should not try to understand it.

You see, as I see it, for all you men reading this, “Love” for a Real Man is simply this: Action. Remember that saying “action speaks louder than words?”. Well, I think certain elements apply here.

There’s also another definition and for you Christians reading this – a Real Man will love a woman the way the Bible says it to. I think even the most militant feminist would not dispute a love like THAT!

I believe if every man out there just has one goal and that is: to be the BEST MAN HE CAN BE. For himself, FIRST and then for everyone else. And, when he leaves this world for the other world, he might just come close enough to be a REAL MAN.

From my interaction with men of all ages over the last two decades, I have deduced that Real Men have a few common traits –

So, how are you faring with the above traits (they are by no means exhaustive but are 3 that first come to my mind, deduced from my large sample of men over the last two decades)? Are you a Real Man? When can you call yourself a Real Man?

Well, let’s keep it simple. As I see it, there is only one way: become a BETTER SERVANT. Even the great Mother Theresa said that we need to serve ’til it hurts. I think this should be every man’s motto for his love for his woman. Yes, all REAL MEN seek to SERVE. Keep giving of yourself to your woman. To give is to serve.

If you’re a christian, then just like Jesus Christ, our saviour served his beloved followers. All GREAT MEN seek to SERVE.

This can be quite difficult to accept because most of today’s men are told the opposite with all the unfiltered messages being absorbed in to their minds, their ‘thought factories’. These unfiltered messages tell these men that they should grow up and find a gorgeous wife who will take care of his needs.

He then spends his entire existence seeking out that someone, he is brainwashed in to believing that she will bring him happiness because she will SERVE HIM. In return for this fulfilment of his distorted delusions of what life and love is and what it means to be a Real Man, he is made King of his Castle!

But is that really what the woman wants? I beg to differ.

I have helped many men and women transition through very painful separations and divorces over the years and have felt the pain with them. It is very difficult for all parties involved. What I have noticed was that a lot of these women did get everything (from a material sense) that money could buy. A lot of these women had men who bought them everything THEY THOUGHT THEIR WIVES WANTED.

Costly mistake. I am appealing to all men reading this and all men out there to not make this mistake, like so many men have made before you.

What I found was that most of these women were miserable. Why? The reason I am about to tell you is something people don’t seem to talk about and may surprise some of you readers but I think it is one of the major factors in the consistently high divorce rates in society. Men reading this, I think the one very strong contributing factor that made these women miserable was that they were permanently PUT IN SECOND PLACE!

Not fair at all.

No one likes being in SECOND PLACE in anything for too long. Believe me, I know what it is like because I came 2nd in the Australian Natural Body-building Championships in three separate occasions. Came so close, within a whisker … but to no avail.

So, what I have found is that by the time I help these men and women during these painful transitions, most of these men do not fully understand what went wrong. A lot of these men are a little confused and I don’t blame them.

They are confused because they cannot ‘see’ how they have put their woman 2nd all along. But by the time I see them, it is too late. These men just cannot put their woman first.

These men cannot because it goes against every fibre of their being. It goes against everything that they have been taught in all the messages society has pumped in to him from early child-hood. From within his family, his neighbours, his schools, his friends, his extended families and all the advertising messages and shows.

It surrounds him and blinds him. Chokes him. The Real Man is chained within, as he suffers silently. Like so many men in today’s world do. Suffer in silence with inconsistent definitions of what a Real Man is. His whole belief-system is distorted and he has been following blindly.

He cannot be blamed for total responsibility for this, if everything, everyone and his whole world is telling him that the distorted definition of Real Love is what it is. The world has inverted whatever that was made perfect by God. That of the real definition of love for a Real Man.

It is this: LUST.

It is everywhere and this is one of the many reasons I believe it is very difficult just to be A MAN in today’s world. Just like all non-genuine, unauthentic, imitation products and parts you buy – LUST can be cheaper, looks good and is just like the REAL DEAL. It can be very satisfying and bring excitement in to your life for a little while.

But, it is NOT TRUE LOVE!

Lust is all about you, your selfish desires – your need to be the MASTER. Love puts your woman’s desires FIRST. Love puts SERVICE to your woman at the top of your ‘TO DO’ list.

Lust takes – for your selfish benefit. Love GIVES, for the one we love. This GIVING MUSCLE keeps growing if you feed and train it right. Strive to become a Real Man. All day. Every day. For the rest of your life on this earth.

Search for Real Love. Curb your enthusiasm for lust.

Lust is temporary, it will perish. Love is forever – in this lifetime and infinity. Even though you will return to dirt when you die, your soul – your spirit, your consciousness, will remain in the universe for all eternity. Your love will keep GIVING and you will be fulfilled beyond your desires.

… knowing that you were a REAL MAN while you were breathing and walked this earth. That you truly loved. That you were truly a servant to her – that you genuinely SERVED.

Those that you leave behind will have memories of this man. This version of a man that …. Went against the grain and was a … Real Man. To all Men reading this, I leave you this last message:

Be your AUTHENTIC-SELF. Tell the TRUTH. DO and BE YOUR BEST – ALWAYS. Take care OF YOUR FAMILY. RESPECT YOU – RESPECT OTHERS. Never stop DREAMING. Follow your DREAMS. 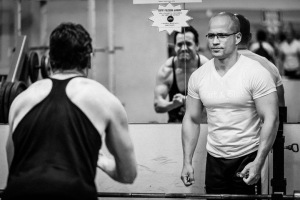 Connecting the dots through ‘mind-muscle’ communication via the nervous system strengthening.
Hold!

All photos taken by Robert Walsh Photography. Visit “www.robertwalsh.com.au” for an authentic artist. A true professional. A lovely human-being that is Robert. Vv.

2 thoughts on “Real Love for The Real Man.”